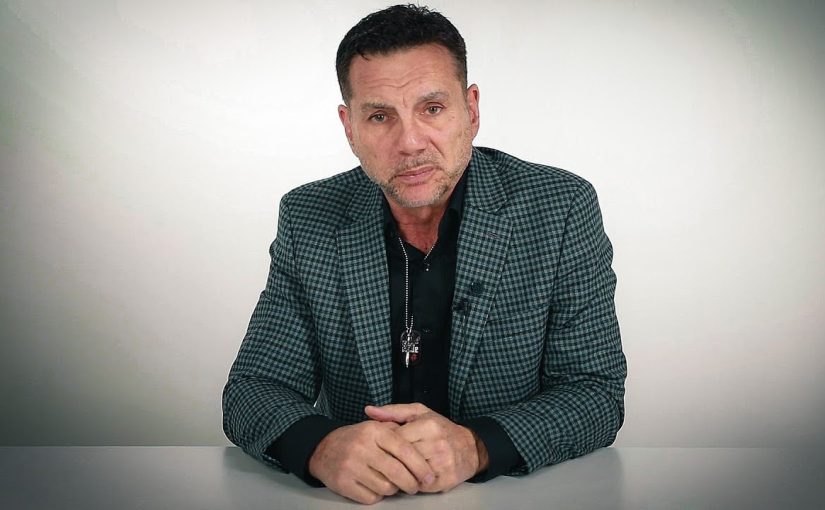 The mafia is known in the United States as “organized crime” which specializes in making money from illicit activities. These activities include extortion, theft, racketeering, gambling, prostitution, drugs (sometimes) and violence.

Its safe to say that anyone who partook in the “mob life” for any length of time has participated in at least some (and sometimes all) of these activities. It takes a hard heart to rob, beat and even murder people.

One of these mobster’s name is Michael Franzese. He is now very famous after he has written books about his life and has appeared on many show. He is a reformed mobster. One thing which makes him different from some other reformed mobsters is his love of and belief in Christ. You can tell by the way he speaks about Christ, by looking into his eyes, that he is all-in.

Recently, I saw an interview he did where he spoke of his days as a mobster. It should be noted that he never brags or boasts. He always admits that it was wrong and that he has many regrets.

When listening to him speak of Christianity you can tell he has a full grasp on it. I have included in this post the video I was speaking about above. I have bookmarked it to the part that I found most inspiring. Feel free to watch the interview in its entirety. I just think the most important part is him discussing his faith.

One of the Youtube channels to which I am subscribed belongs to a documentary filmmaker who was very active from the 1960’s until the 2000’s. He often posts interviews he conducted of people who were young adults in the tumultuous 1960’s.

Recently, he created a mashup of people giving their interviews and released it on Youtube. One woman in particular really stuck out to people, so much so that they contacted the filmmaker and asked him to post her entire interview. He obliged.

From the moment you hear and see this person speak you will be able to tell how intelligent, bright and well-spoken she is. Her path to finding the Lord Jesus Christ is so very interesting. She basically had to take the long way around but she had one experience that is truly fascinating and was powerful enough to make her a follower of Jesus for the rest of this life. Please enjoy.

Now that we are all stuck at home, I have had plenty of time to go over items in my folders and steamer trunk. It is fun going through old pictures that felt like they were taken yesterday but are actually from 25 years ago.

I came across a very important keepsake of mine. My great grandfather’s prayer book from the year 1915. My grandmother gave it to me and she has held on to it all these years so I was honored when she let me have it.

It is pretty well weathered but is still in OK shape considering he carried it around so much. I have included some photos of it below.

The folded marked page has “Prayers to be Used in Families: Morning Prayer” and is followed by what many of us now refer to as “The Lord’s Prayer”. END_OF_DOCUMENT_TOKEN_TO_BE_REPLACED

This movie is masterful in its realism and at depicting the life of Christ the Savior.