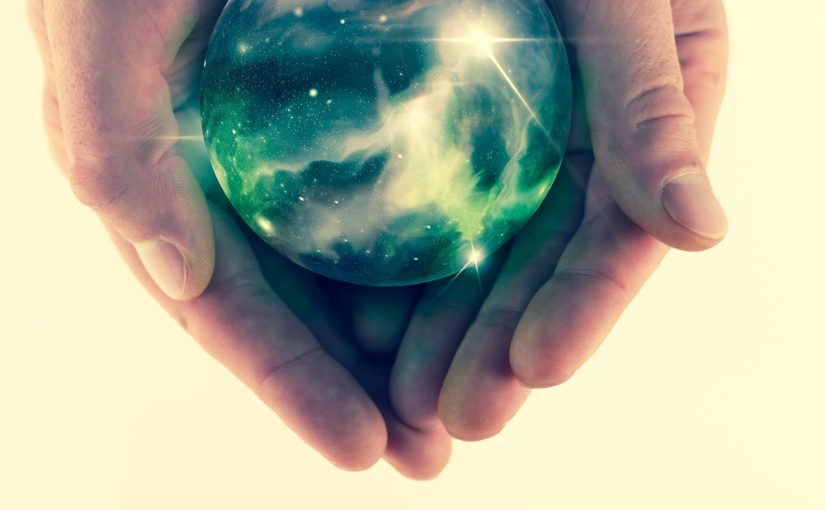 I had a dream a few months ago that I wanted to share. I don’t know how profound it is or even if it is profound at all. But anytime you have God speaking to you in a dream, it probably is well worth sharing.

I don’t remember how the first part of the dream went. Somehow I ended up in Heaven, on a tour. The first item I want to share about this dream is a feeling I received. That feeling was that Heaven is God’s home. It’s not a place created for good humans to hang out after they die, like some country club. The feeling was that Heaven is God’s living area, and those who are truly good, get to join him. Kind of like a grandfather with an enormous farm where all his offspring are happy to be visiting and want to stay indefinitely

At a later point in the dream God was on his throne. I cannot tell you what he looked like because his face was so bright I could not even try to look directly at it. To the side of his throne was a glass orb. It was full of swirling colors. I asked “what is that?” God replied “This is my Eternal Orb”. Without him explaining it to me, I instantly knew that this ball held the entire universe as we knew it. And that our planet was the tiniest of specks within that ball. I also had the feeling that God valued this orb very much (again, much of this was a feeling that washed over me and did not include spoken word). It was the only one I saw. Around us was immense heavens, Angels and light. But this round ball of black & blue with swishes of red and yellow was very dear to him. He kept it by his side.

I also had the feeling that there was no edge of the universe. The farther we look out into space the farther the edge becomes. The contents of the ball just get infinitely smaller. But it is not for us to worry about such things. We must simply worry about being good individuals.

I also got the feeling that there was great concern for us by the creator. We are letting God down. We are tearing ourselves apart. And though the orb is eternal, the humans species may not be.

Note: The image I chose is as close as I could find to what I saw, but the ball was larger. It was resting on a gold base with little uneven not-quite finger-like extensions. The details inside the orb were very high definition. And they were moving ever so slightly. There were no single large lights. It was more or less clouds of gas and specks.