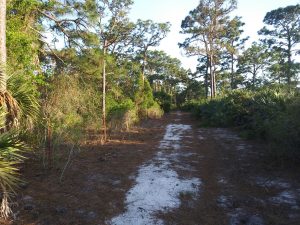 I was going for my nightly walk through the wooded and sandy trails of nature while listening to a video on Youtube. Sometimes, you don’t have to actually watch the videos as they are great for listening while doing other activities at the same time. Anyhow, this particular video is from a preacher named Francis Chan. He is on my radar because I watched some of his videos on Right Now Media, a free Christian media service.

Anyway, my opinion on Francis is this: He is empowered by the Holy Spirit. He speaks with such conviction and certainty he must be. I also think that he isn’t afraid to say what he thinks. I think the way he is able to speak to young people, in their own cadence, is a gift.

Mr. Chan has a section in the video below where he clearly says facts which are not popular in today’s mainstream society, even among Christians. Mainly he says that God isn’t what “you want him to be” & that God can be a wrathful God. This last part brings me to the reason I titled this blog post what I did.

“The Fear of God” confuses some people but it has never been confusing to me. The fact is that our God has all the power in the universe and that he wants devoted followers. He is the center of this universe. The individual person is not the center. If a person angers God they can be subject to his full wrath which is something that isn’t even fathomable by the human mind. A respectful fear of something powerful and good is healthy. When you were a child, did you not fear your father when he was angry, but also love him at the same time?

Another part of the video that inspired me to write this is when he is talking about the being in the physical presence of God. People think that falling to your knees in front of God is some kind of courtesy. But, the fact is that the power that God exudes will physically cause your body to crumple. I had a dream years ago that I was in the presence of God. I looked up and he was a light so bright I could not see him. My knees gave out and I fell on my face. But it was not just a muscles-giving-out kind of situation. My mind was also telling me to bow down. This is your creator. And I was overwhelmed with humility. I also felt a certain amount of shame because I was so imperfect and God was an overpowering perfect light being.

I was dating a woman about five years ago and I was telling her about part of the Bible I had read earlier that week. I believe it was when the angels were returning directly to heaven. She kind of laughed and said something along the lines of “I like your little Bible stories”. At another point I told her about a dream I had where I encountered God and how I fell to my face in the presence of him. She said something to the effect of  “Oh… well my God wouldn’t do that. Why would he make me fall to my face?” I knew then and there we weren’t going to make it as a couple. “My God”….??? I can picture no worse form of blasphemy than to think that you can create your own God according to your imagination of what he should be! Its the exact opposite! There is a thick book dedicated to who God really is.

If you want to know who God is, there is this book which is thousands of years old called the Bible. This book is the culmination of many people’s personal experience with God. The stories buried within are not fairy tales. They are in the book because they are divine miracles. What else would be in there? Recipes? No. Of course not. There exists in history many old books of fiction and stories from which to choose, but this one is not presented as such. It is presented as a historical account of the experiences of people and God the creator. Trust in the text.

Most people who criticize the Bible or Christianity have never read it. Can you imagine criticizing a book or movie without having actually read or watched it? How would you expect anyone to take your critique seriously?