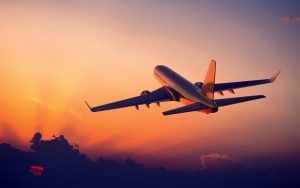 I had a dream I traveled domestically and when I came back to my home airport I had then accidentally got on a flight that took me far overseas. I was panicked to say the least. The people on the plane were trying to comfort me and did a good job.

Finally somehow, I ended up in the Middle East and I was trying to find my way back. The airport resembled more of a children’s circus than an actual airport.  I was with a young woman who I could not quite identify (You know how dreams are, they fill in some blanks later). We were then taking a tram of some sort. A guy overheard our conversation and said he would help. The girl had to go somewhere else and it was just he and I in the train car. The were no doors in this tram car and they were small. They would fit 6 people max, like a theme park ride.

Suddenly, I look in the background and saw a huge towering church steeple, but it was indoors. I was overcome with the powerful feeling of God himself and began to cry in happiness. There was a super bright light up high. The guy with me, his demeanor changed and he said “its alright, let it out.” Afterward, he agreed to drive us to some of the areas holiest areas for money. We agreed.  END_OF_DOCUMENT_TOKEN_TO_BE_REPLACED

Whether you see God or Jesus in your dream, in your day dreams or actually in person, these are all considered experiences and that is how God communicates with us.

In Biblical times God would communicate with many bona-fide. He would speak to them in various ways and they would deliver his word to the masses. Some of the profits  were Moses, David, Jeremiah and Isaiah. There are many more. END_OF_DOCUMENT_TOKEN_TO_BE_REPLACED